The Best Kind of Love

By Heather on in Inspired

When we first moved back to Tennessee, I borrowed my Dad’s camera and took a photography class at UT.

The first night we had class, the assistant teacher who was sitting in the back of the room cracked a joke and laughed.  I jolted in my seat, I know THAT laugh! 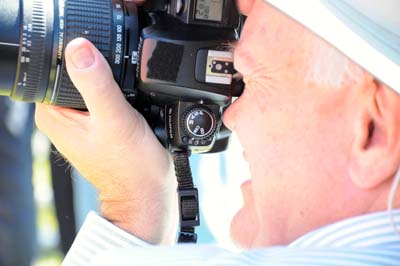 We had a ball in the class, and I later reconnected with his wife and his daughter, whom I have known since I was 12.

Me and Ali in June of 1993 in Colorado and April 2013 in Tennessee. That’s 20 years and a lotta sunglasses ago. Note the Ray Bans. I am sure we thought we were so cool.

My reunion with the Pinckards also brought me to the Special Olympics. Mr. Pinckard’s long-time co-worker has a daughter who participates in the Games and he volunteers there in support of her family. He suggested I go take pictures one year, and I went. I have gone every year for the last several years.

I love the Special Olympics motto:

Let me win, but if I cannot win, let me be brave in the attempt.

And they are. Some kids run with their hands on their ears because they are sensitive to the noise, some take off running like the wind, while others need the encouragement and support of loved ones every step of the way. And it’s there. 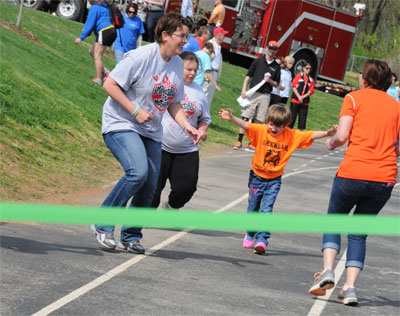 This brings me to the loved ones – the parents, the teachers, and caregivers. You will never meet a more dedicated and selfless group of people. You don’t even have to know them. It’s coming out of their pores. These people are just lit-up-from-within and you see it all around you in hugs and high-fives. 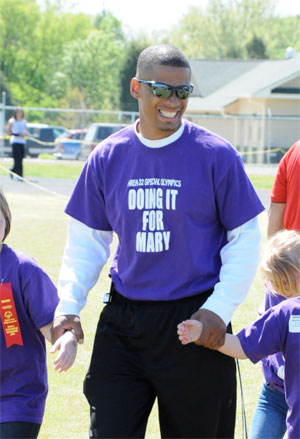 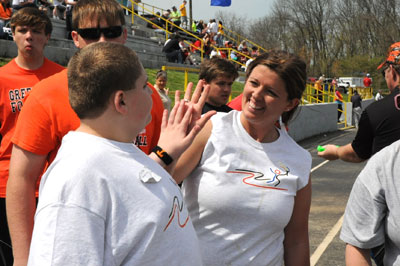 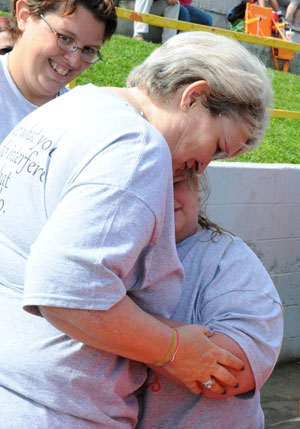 It’s pretty incredible and very inspiring. It’s why I go back every year.

I’m a really impatient person, and I get so frustrated when my kids don’t cooperate while I am trying to make the train go. 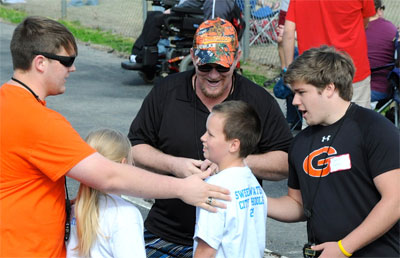 This guy (orange hat) had so much enthusiasm for the kids that he really stood out to me. Later in the day, I ended up closer to him and saw a bigger picture. 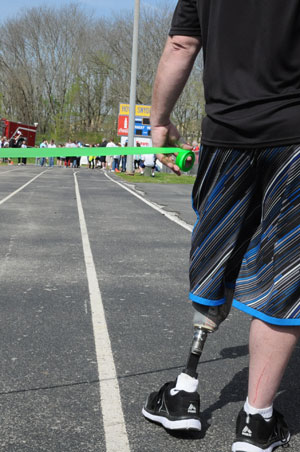 It centers and grounds me to go to the Special Olympics and capture the joy these kids experience when it’s their turn to do their best and then stand on the podium – as a winner. They shine (or they freak out) but it all happens as courage in the face of adversity. It’s bravery in the attempt. 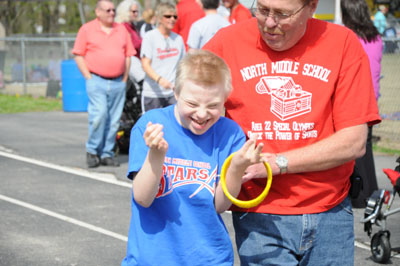 They rise to the occasion. All of them: the kids, the parents, the grandparents and friends. By the end of the day, my face hurts from smiling.

To me, it is  undeniably the best kind of love.

4 Responses to The Best Kind of Love