Hearty Soup You Can Make With Ham: Senate Bean Soup from McGuire’s

By Heather on in Chef Mommy, Soup

This past summer, some friends of ours let us use their condo in Destin, Fl where I learned a few things. While we were there, we discovered a restaurant called McGuire’s Irish Pub. They have FANTASTIC steak. My husband and I split one and the kids ate most of it, so we were inclined to go back a second time during our week-long trip so we could order enough steak for everyone.

Wasteful, but nonetheless COOL – the restaurant is covered with signed $1 bills. 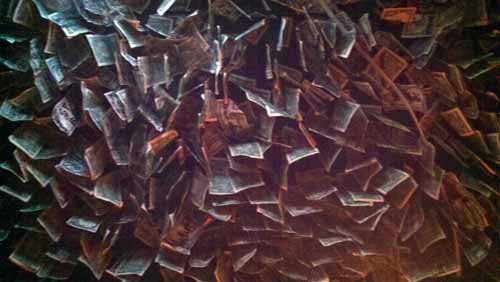 We, of course, had to do our part… 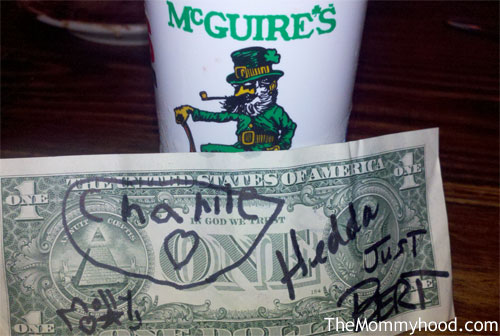 As for the rest of the menu – the “kid”s pizza” is basically a big hunk of bread with sauce and cheese on it. My kids didn’t care for it. Although, why would they when there was really great steak on the table? Also on the menu is the 18-cent bowl of Senate Bean Soup. Apparently, that’s what they used to serve in the Senate and 18 cents is what they used to charge for it.

If you like a ham/bean combination anything – this soup is for you. It’s delicious. So when my parents made a ham for Christmas, and my Dad and I were talking about what to do with the bone I was all about some McGuire’s Senate Bean Soup. 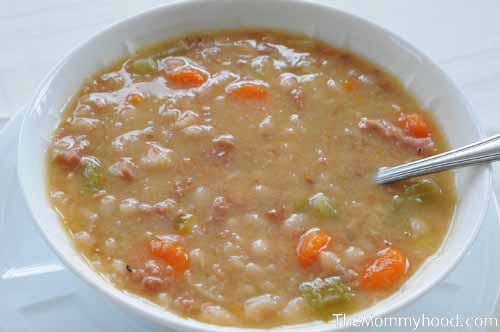 Rinse beans and place them in a large bowl.  Next, add water and let the beans soak covered overnight.  Drain beans and place in a large pot with a ham bone.  Add cold water to cover, plus two additional inches of water.  Bring to a boil.  While that’s happening, make a cheese cloth pouch containing the bay leaf and cloves.  When the water is boiling add the pouch, onion, celery, carrots, salt, and pepper.  Reduce heat and simmer, stirring occasionally, until the beans are tender and the meat is falling off the bone (about 3 hours).  Remove the pouch and the bone.  Before serving, shred the meat and add it back to the soup.

Tip from my Dad: Did you know you can buy a ham bone from Honey Baked Ham? Who knew!

Have any of you ever been to McGuire’s or had this soup before? Do you have a favorite soup or recipe made with ham?

19 Responses to Hearty Soup You Can Make With Ham: Senate Bean Soup from McGuire’s