By Heather on in Stuff

So, do you know what happens to bags that go missing from airports that never get claimed by their owners? They might end up at a store that sells the contents called Unclaimed Baggage! 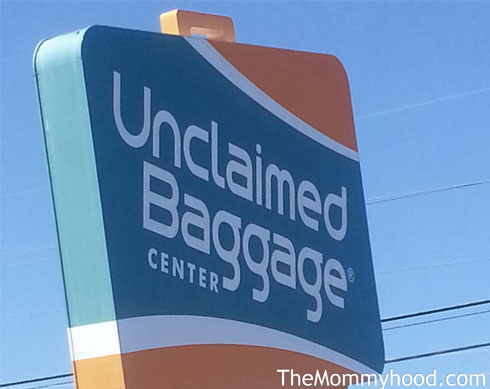 I heard of this for the first time about a year ago, from a mom friend. And recently, we went to the  Space Museum in Huntsville, Alabama and since the store was sort of on the way, we went.

It was pretty big and had a huge selection of things people would take on vacation with them.

Here’s What We Bought and How Much We Paid for Things:

Is it worth it to go to Unclaimed Baggage?

I thought it was fun. If you like places such as TJ Maxx and Marshall’s then you would probably like it. It has that same kind of vibe with the added bonus of additional possibilities of gems people might have lost along with their luggage. I think the likelihood of finding name brand items (if you care about them) would be higher at Unclaimed Baggage than at other discount stores. We ended up staying there way longer than we ever expected to, so by the end the kids were really ready to go.

Where is Unclaimed Baggage Located?

According to the store’s web site:

Unclaimed Baggage Center is under contract with airlines and other transportation companies to purchase the luggage that can’t be traced to the owners. Truckloads of lost luggage are transported to Scottsboro, Alabama, sight unseen.

They sort it, and clean everything and price what they can sell and donate the rest.

Pretty neat, huh? Have you ever been there? If so, did you find any gems?