By Heather on in Chef Mommy, Dessert, Gift & Party Ideas

My son loves the Very Hungry Caterpillar, so I used that as inspiration for his birthday cupcakes this year. I’m not much of a baker, so I needed something pretty easy to make. This was doable. 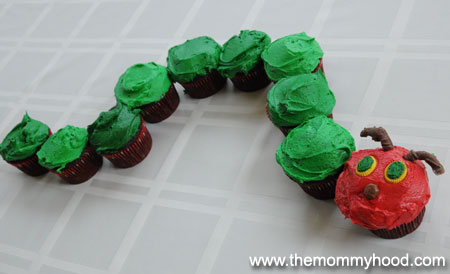 I used this gel food coloring I purchased at Michael’s and it worked really well. The colors were very vivid when added to butter cream icing. 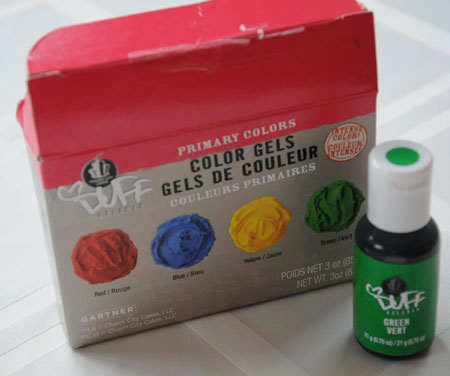 Also at Michael’s I got these sugar decorations to use for the eyes.

Only, I realized the eyes are supposed to be yellow with green in the center, not brown. So, I made some green icing and used a paint brush to turn them from brown to green. 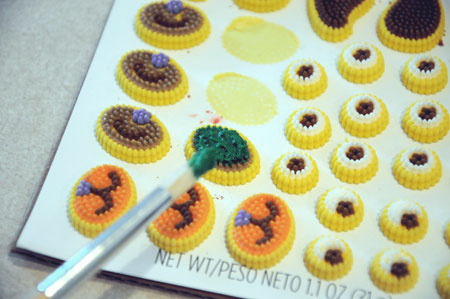 Antlers. We needed some antlers. What could make antlers? Chocolate covered pretzels!
(It took several attempts to cut them without breaking them,
but we didn’t mind eating the unsuccessful attempts). 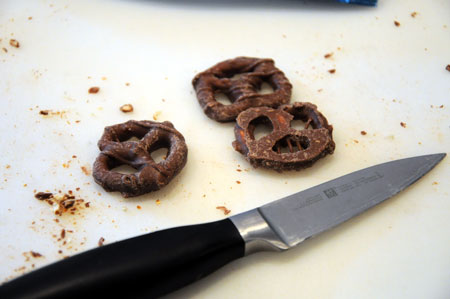 And I got some cocoa powder and mixed it in with the icing and then rolled that into a little  ball to make a brown nose. Hindsight – a brown M&M would have been much eaiser. 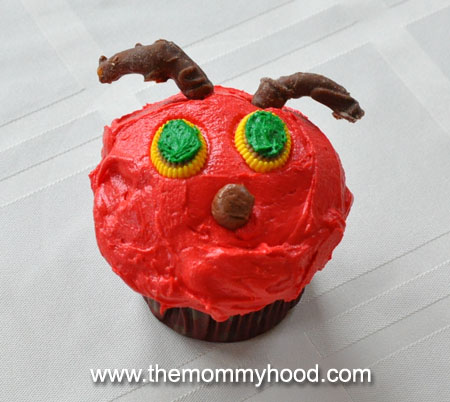 I made a few shades of green icing for the body cupcakes. 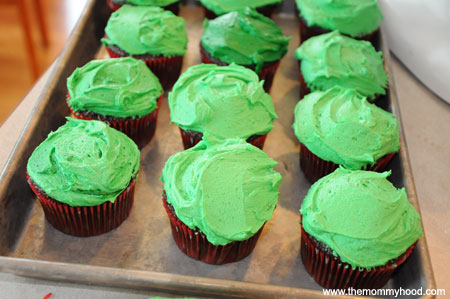 I have to tell you I thought I had come up with a really original idea here. Surely no one else had done this before. Yeah, not so much. Turns out lots of better bakers than me have done it – for their babies! – and here I am doing it for a four-year-old. But who cares? He loved it and that’s all that matters.

Tip: If you decide on this as a theme, note there are Very Hungry Caterpillar party supplies including invitations, hats, paper products, etc.