A New GE Appliance = Hours of Fun with a Giant Box

By Heather on in Cleaning

When I was a kid, I remember turning a huge box into a play house. My sisters and I even hung some curtains in it. Well, we stapled them into it, but you get the idea.

Turns out playing in boxes is hereditary (or universally loved by all children everywhere!).

Remember that GE Dishwasher that came our way? Well as soon as the dishwasher was out of the box, Charlie moved in.

We had recently bought some booster seats that came in boxes. They were white so the kids decorated them with markers and thought they were great. But when the GE box arrived, it was all kinds of move-over-bacon! this box is KING! 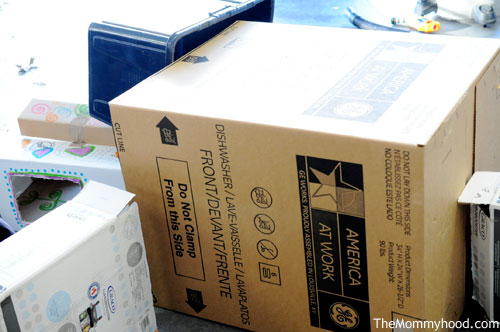 Charlie, his sister, and the neighbor girls played for HOURS with it. At one point, I looked out the window and saw him – like an ant with a giant bread crumb – trying to get it into the play set which was not going to happen. It ended up at the bottom of the slide and they all took turns sliding into it.

I took pictures, but this one stood out to me because of what it says on the side. 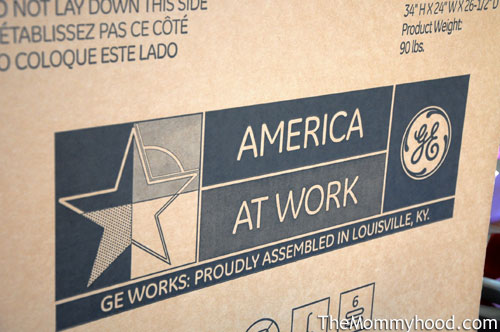 As for the machine itself, I have GE dishwasher model GDT550HGDBB, and it’s fantastic. 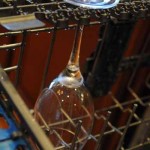 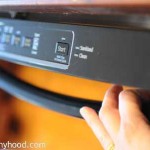 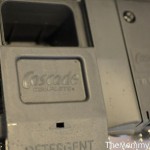 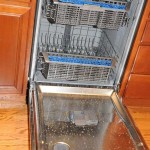 I’ve been using it for about three months and really like it a lot. It’s quiet, has great features, and is energy efficient. My dishes are clean, dry and spotless. If you are interested in how that happens, here is a video that explains how the washing happens in this machine.

Disclosure: My dishwasher was provided by GE in exchange for reviewing the product. My opinions are my own. This is my last post on this topic, and I just want to say that this machine is great. I would totally recommend it. And it comes is a GIANT made-in-the-USA cardboard box!

Do your kids like to play in boxes, too?

Furniture Cleaning Tip
Tips for Organizing Your Kids' Toys
Dishwasher Appreciation
← Entrepreneurs of Knoxville
Dealing With Gluten Allergies? Check Out This Humor Book With Recipes And Rants by April Peveteaux →