Too Much Summer Fun = Slap Fest

By Heather on in Being a Mom, Family Circle, Sanity 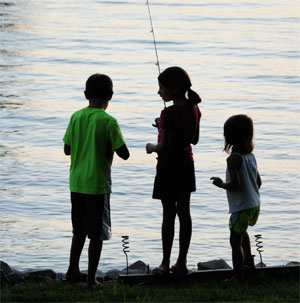 Disclaimer: This is not how we are all the time. But this is what happened, and I am here to own it.

This summer has been BY FAR the busiest, most active summer yet.

I know I am fortunate to get to work from home because that allows me to spend summer days with the kids, and I very much appreciate that. HOWEVER, a series of recent events has led to a *slight* breakdown in the harmony of our household and my will to do what it takes to keep the peace around here.

I was talking to a friend who mentioned one of her beach condos was available. She asked if we wanted to go on a last-minute trip to Hilton Head. Unlike most people, we don’t love the beach – for me it’s the sand, for my husband it’s the sun – he’s very fair-skinned.  Boo hoo, poor us, right? I know. This was a total gift for which we are very very thankful.

I am type-A, but I have to tell you that the unplanned vacation for me was WONDERFUL. I just went with the flow and we had a ball!

We came home, did laundry, and packed up the car for a long-planned weekend trip with my sister and her family. Good times. The day we got back, we were invited to go boating with friends.  We ended up spending 8 hours of fun on the water, and, miraculously, no one melted down. Until yesterday.

Charlie slept longer than normal and Molly asked if she could wake up. I said yes and watched her wake him up with a kiss on the cheek. Sigh.

Later in the day, Molly fell asleep on the couch and while I was talking to my sister on the phone, Charlie -no doubt missing his playmate – decided to stick a bobbie pin in her hear. It all went down hill from there.

We dropped my dad off at an appointment and on the drive home, the kids started messing with each other. It started out as playing and escalated into hitting and throwing things at one another. (Note to self: don’t keep so many books in the car.)

I issued a few half-hearted verbal warnings, but it wasn’t doing any good.  I was pretty beaten down by that point. It was starting to rain and I needed to focus on the road, so I decided to just let them work it out. As we approached the house, Charlie got a hold of Molly’s hand and bit her thumb: She delivered a blood-curdling scream fit for a slasher film.

The awesome parenting on my part continues:

As we pulled into the garage, I said to Charlie. “When we get in the house, I suggest you run and hide because Sister is probably going to come after you for biting her.”

My kids ran around the island in our kitchen crying and slapping each other about the head and shoulders with flip flops, while I sat there on the couch without the will or energy to break it up. I thought: I should call this PALEO Parenting. Surely, this what CAVE people did before taking away TV and internet privileges!

The Calm After the Storm

I guess they just needed to get it out of their systems, because the slap fest subsided on its own and each child retreated to their own space while I cleaned up the kitchen.

After that, they were both cool as cucumbers and brought me a board game. We played Pay Day for over an hour, during which time my husband came home to a clean house and his wife and kids playing a board game. Everything was so orderly, he thought it was safe to ask me about my day so he did.

All I could say was, “You have NO idea…”

Anyone else achieve this level of special lately? Do your kids act like maniacs and then all of a sudden they are calm like it never even happened and you are left in disbelief and in dire need of an adult beverage?

PS – This totally reminds me of milkshakes, losers and idiots from two summers ago if you missed that one.

Time For A Reward
Pet Peeve
Tattle or Stand Up for Yourself?
← When Your Baby Laughs…
How to Spruce Up Damaged Dress Shoes →