Smited for Decorating Too Early

By Heather on in Humor

Just found this never-published blogpost. It’s about three years and two months old, but whatever.

Sometimes, the quest for happy homemaking leads to angst and possible electrocution. If you are me.

Once upon a time (or, a few days before Thanksgiving) my kids were oohing and ahhing as the lady across the street put up scads of colorful outdoor Christmas lights. Inspired, I decided I would hustle on up to the attic and get the garland that goes around our front door. After last year’s garland adventure, I again stored the garland already decorated so all I would have to do is hang it up and plug it in. Good idea, right?

I brought it down with a skip in my step and plugged the thing in. Wouldn’t you know it — the middle of three strands of lights was out.

Undeterred, I decided it would be no big deal to just take that middle strand out and replace it. 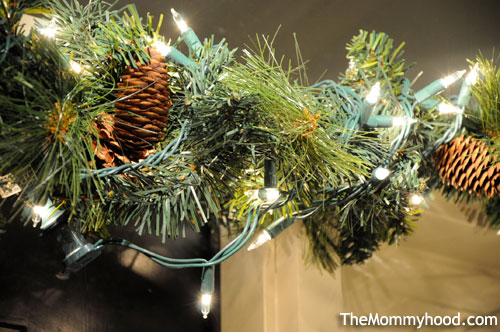 I was having a hard time seeing which one I was supposed to be removing.

No problem! I will just plug it back in so I can see what I am doing.

I started taking off the decorations to get to the lights and my mood went south. Fast.

Did I mention my impatience?

A woman of action and ingenuity, I went to the kitchen and came back with – you guessed it – scissors. I was all proud of my SOLUTION until, without thinking, I cut the cord while it was still plugged into the socket…

I heard a pop and saw a flame in the air just above where I cut the cord.

If those scissors hadn’t had rubber on the handles, I am pretty sure I would have been electrocuted right there on front door rug!

Suddenly I saw a charred garland laying across a casket in loving memory of the idiot homemaker who was just trying to impress her kids and keep up with the Joneses. Smited by the Gods and struck down in her prime in the name of glowing holiday ambiance…

Fortunately, I was okay.

Unfortunately, my stupidity was rewarded with not just one, but ALL THREE strands of lights blown.

I had to take the WHOLE thing apart and start over. Just as I was wrapping up, my daughter stopped by, “Do you smell something burning?”

“SHUT UP!” I wanted to say, but, instead replied, “Nope,” and went in search of vodka. 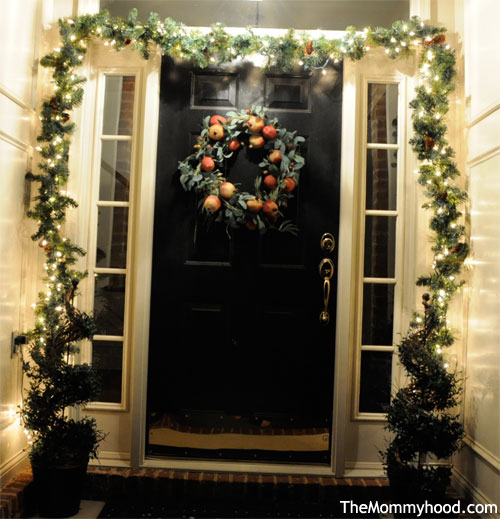 Here’s hoping you have not done something similar!

If you need a laugh, read this: Milkshakes, Losers and Idiots

Bless Me Father for I Have Pooted
TheMommyhood.com Rewind: Poop Stories Are Funny...Later
Does this Chicken Smell Like Burned Plastic?
← GF Chocolate Chip Cookies – Easy and Delicious