What I Wish I’d Known: The Importance of Mom Friends

By Heather on in Book, What I Wish I'd Known

What I wish I’d Known is a series of posts about motherhood written by moms I know and admire in support of the launch of my book, Secrets of The Mommyhood: Everything I wish someone had told me about pregnancy, childbirth and having a baby.

The Importance of Mom Friends 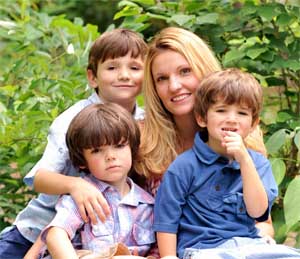 It’s been almost 8 years since I first became a mom. Three kids later and early motherhood is not much more than a blur of dirty hair and lack of sleep.

What I really wish someone had told me was how important it was to go out and make mom friends. As soon as possible.

I went from working full-time and having most of my friends be from work to being at home alone with a baby who hated sleep and hated to be put down. It was very isolating.

By the time I had my second baby (just shy of 17 months later), I had it figured out and did make a lot of effort to find mom friends.

What I learned was that it was okay to join as many groups as I possibly could find. And that in each one, I might find one friend that I really connected with or maybe none of the other moms would be for me. If I got really lucky, there would be several moms that could be real friends.

But it took a lot of trying. Sometimes I think it took more effort and looking around and trying new things than it did to find the man I’d end up marrying!

Having a baby the same age means you have some of that typical “baby stuff” to talk about- so there’s not usually a lack of small talk. But finding those moms who relate (or at least don’t judge) the way you choose to parent is much harder.

But, keep trying. Because having those moms that you can vent to or hand your baby off to for a moment so that you can shower in peace or maybe just be able to talk to about something other than your baby – it’s so worth it!

Shell is a mom to 3 boys and a former Yankee turned Southern girl by marriage. On her blog Things I Can’t Say, she spills it all about parenting, marriage, and all things mom.

Shell is a blog friend of mine and an all-around amazing girl. She’s a great writer who reads a ton of books and shares what she’s reading. And she is really easy to talk to online and in person. (Find Shell on Facebook and Twitter).

Glad to know you, Shell. Thanks for sharing your wisdom with TheMommyhood.com!

2 Responses to What I Wish I’d Known: The Importance of Mom Friends