By Heather on in Parties, Saving Money

My parents recently celebrated their 40th wedding anniversary and we threw them a party. 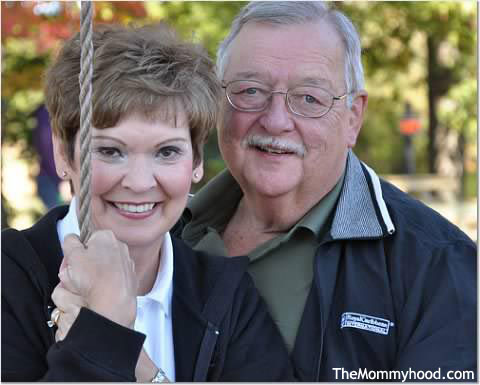 Here they are, aren’t they cute?!?! I took this picture a while back at a pumpkin patch.

Anyway, my sisters and I were doing the party together and our goal was to make it special without breaking the bank.

Here are a few budget-friendly tips from the anniversary party we threw:

We had the party at restaurant that doesn’t charge for the party room. But we had to book it WAY in advance. As you would expect, free places book up really quickly.

Invitations on a Dime

At Tuesday Morning, I found a box of inexpensive New Years cards that had a place for you to affix a photo to the front. I attached the picture above to the card and cut the card in half, removing the Happy New Year message. It looked like a flat card. Then I simply typed and printed the event details and attached them to the back of the card. 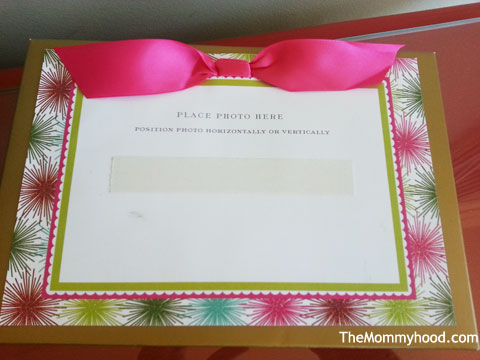 This is where we spent the bulk of our budget. We wanted to have good food, so we kept it small and went to a nice restaurant that doesn’t charge for the party room. We ended up NOT doing a set menu, and that was actually a budget-friendly decision.  We had a lot of kids between us and it didn’t make sense for each of them to have one of three (expensive) adult entrees.

We made the cake ourselves. Actually, we did cupcakes with photos in them. I’ll take homemade cake over store-bought any day. But, while this saves money, it does take time. It would have been a lot easier to just order cupcakes from a bakery and add our own photos to them after the fact.

It’s also worth noting that cup cakes are MUCH easier to distribute than a sheet cake. In face, the kids rather enjoyed passing them out to everyone. 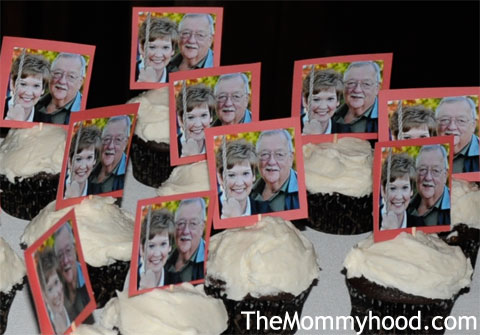 Credit for this idea goes to my friend, Elizabeth Rasberry, who did something similar for her mom’s birthday that I later did at my mom’s birthday.

We used photos as decorations and even the entertainment. My sister put together a slide show of photos of our parents over the years.

The Who am I? Game 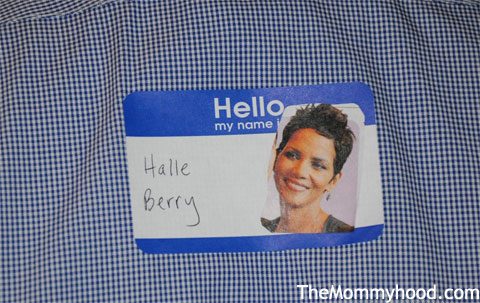 Put a name tag on the back of each person and that person has to ask others “yes” or “no” questions to find out who they are. This is inexpensive – all you need is a pack of name tags and a People Magazine. And it’s fun, and a great way to help people move around the room and talk to each other. We played this once at our former neighbors (Steve and Colette’s) house and it was a blast. I have been doing it at parties ever since.

The NOT SO Newlywed Game

I thought it would be fun to ask my parents questions about each other to see how well they would match up. So we played the Not So Newlywed Game. 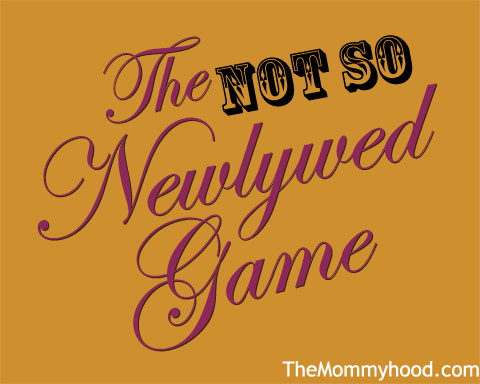 This was fun. I highly recommend it. 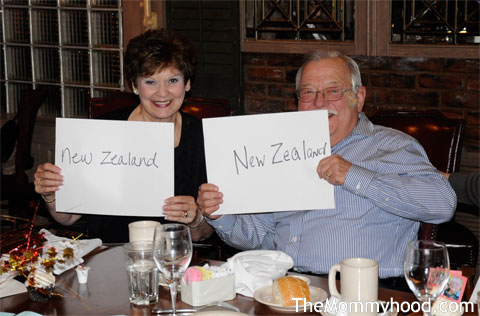 As for questions, we only did a few, but could have done WAY more. It was over pretty quickly so I wish I had prepared for about 15 questions and then just tailored the amount we used based on everyone’s attention span.

We tried to avoid questions that might lead to negativity like – what does he/she do that drives you nuts – kind of thing. And we didn’t do anything even remotely romantic. I mean, they are my parents (ew!).

We took a real group picture and then we did a silly face picture that is so stink’n funny, I had it made into a photo gift for my parents and gave it to them for Christmas. Puzzle – 12 bucks from Shutterfly – GREAT gift idea! 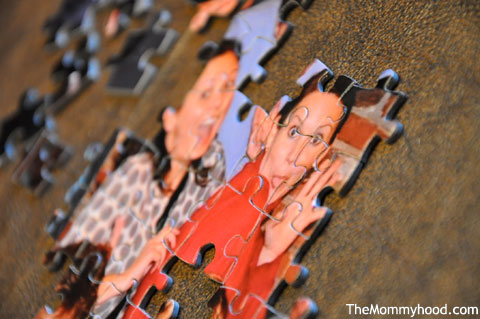 Happy planning if you are working on an anniversary party. And if you know anyone who is expecting their first munchkin, please consider gifting them a copy of my book, Secrets of the Mommyhood.